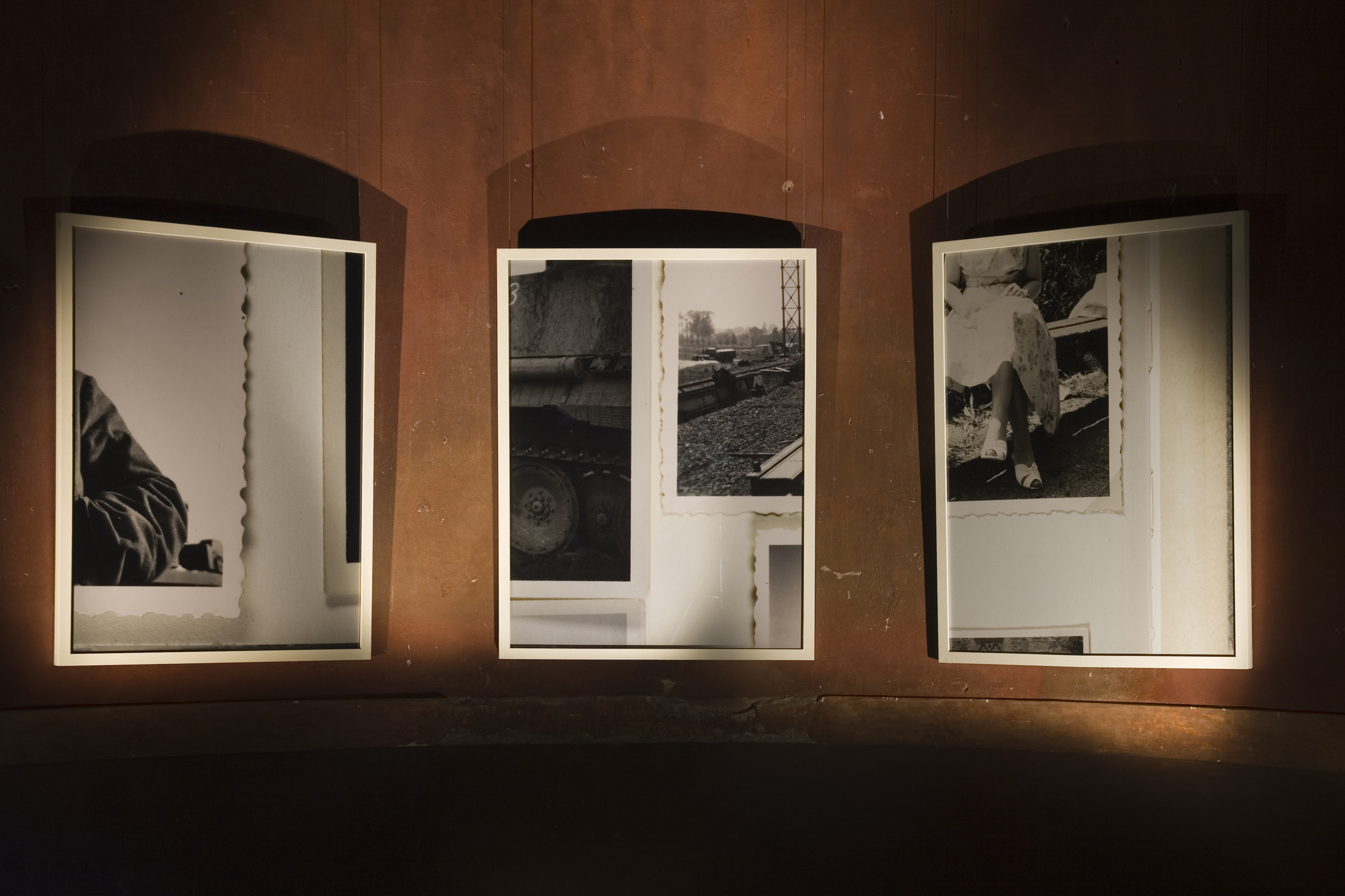 THE LAST (triptych, photograph, DIN A0), 2009
Besides the things on the attic there were a lot of albums full of old photographs (1910-1960). I went through them over and over again, until the faces became familiar to me. I started taking pictures. And after a while I noticed, that the questions I had, could never be answered. There were all this spaces between the pictures and stories I knew and the things I guessed and tried to read out of their faces. My grandma talked about her dead husband, especially short time, before she died. She talked about him, as if she was still a young woman.  But I noticed this pain of this loss, nearly everyone had suffered during war. And I tried to feel into this lovestory which – like every lovestory during war – was so full of fear and hope.

This is how – after taking the pictures of the spaces between – the two poems came out. One could hear this audio play whisper in one corner of the exhibition.

machines clank
the silence hangs above the plain
the horizon has encircled us
and if only I could send you a raven
I always wanted to shout out for you
chuck your name to me
branches cracking
we are all alone here
smell the metall!
Can you hear it?

it is snowing obsessivly
the bed – a tigers corpse
the tremble of the gas
and all this voiceless sounds of the kitchen
I can hear them – winding in the ice
and me – I am the kitchen
I wipe the salt out of my eyes
heaping sugar. 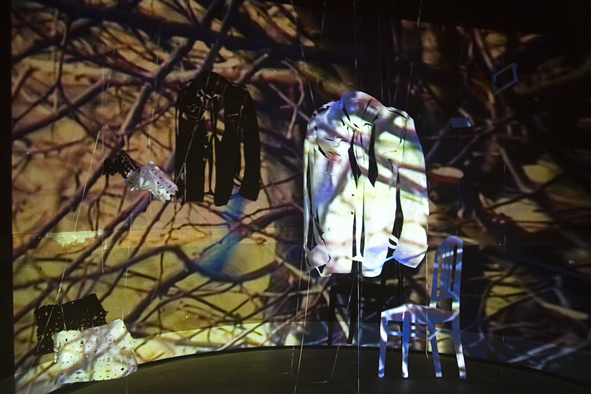 The papercutouts are placed on invisible strings in the room. They are the silhouettes of finds. Things I found on the attic of the house of my grandma, such as a chair, crochet blankets and the uniform jacket from second worldwar. That was my grandfather`s. He died in the war as a young man, left my grandma widowed with two small children. The video, which is projected on it, is the loop of a sight into branches, being moved by the wind. There is a blue string reel of a drake, hopelessly snarled, dancing within it.
This is a try of reconstruction and transformation of things, situations and places, which try to bring up memories, feelings, people and happenings of things taking place, when I wasn´t even born. About things I don´t know much or never dared to ask. This tries to come near to an answer or at least an inkling or a glance of what was happening. 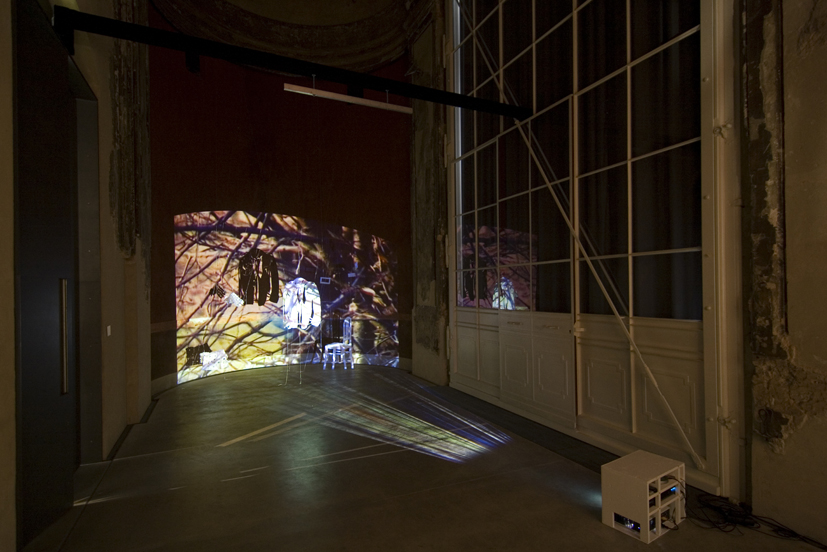