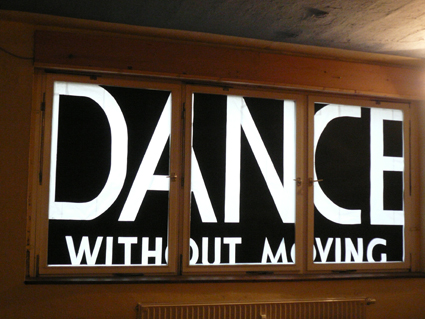 Words and picture as spontanous reaction and reflection on possibilities of political criticism in Russia. The work was developed after the news, that Nadeschda Tolokonnikowa (one of the Pussy Riot members) was reported missing (in October/November 2013). She was under arrest for two years in different prison camps, because of the regime-critical action, the Punkprayer in the cathedral of Moscow.
The work, placed in an window, was viewable from the inside and outside. A video from Amnesty International could be watched on a small screen in the room: There are two women, masked and the voices modified, who visited Germany in the summer 2013. They wanted to point out the politcal situation in Russia, with the appeal not to forget the imprisoned dissidents, like the Pussy Riot members.
Nadeschka Tolokonnikowa and her mate Maria Aljochina were surprisingly pardoned at Christmas 2013. 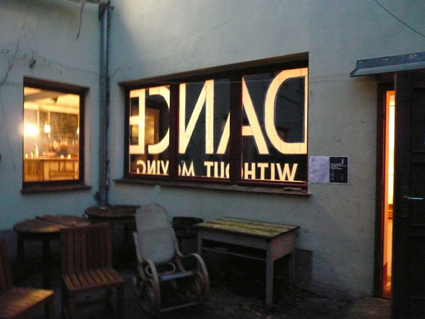